The Five Elements are comprised of wood, fire, earth, metal, and water. According to this philosophical theory, these five basic substances are the building blocks of the universe and the subsequent combining and mixing with each other is what produces all things.

Chinese philosophy uses the properties of the Five Elements and their relationship with each other to explain natural phenomena, the law of the movement, and the changes of nature. As such, all things in nature can be classified according to the Five Elements.

Properties of the Five Elements:

Classification According to the Five Elements:

Each of the five elements also correlates a vital organ within the human body:

For example, if stress induces hyperactivity in the liver, this organ may negatively affect the functioning of the spleen and cause digestion problems and lack of appetite (Wood encroaches on Earth). Thus, similar to Yin-Yang, the Theory of Five elements (as applied in TCM) seeks to restore the body’s balance. 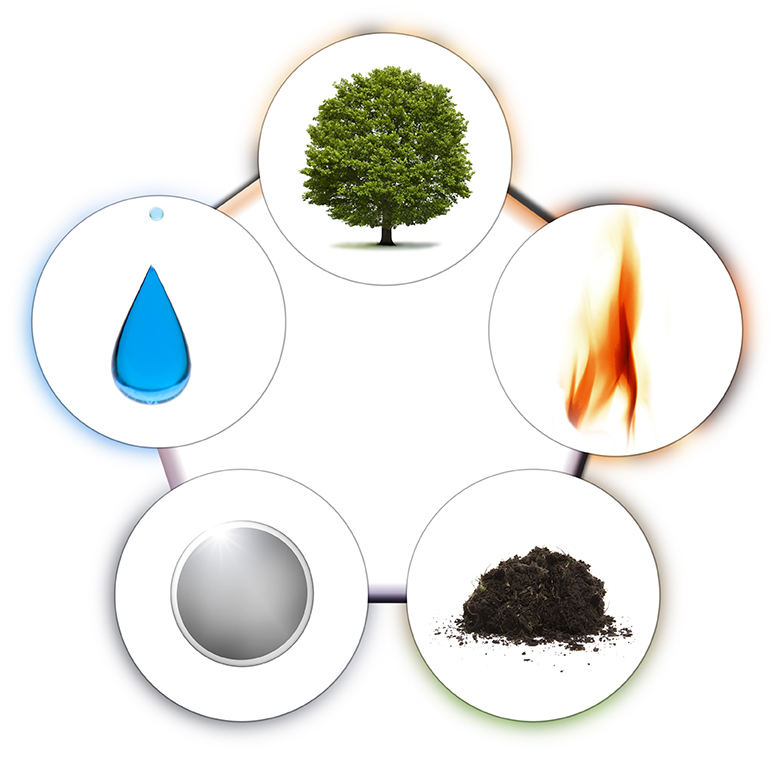